Dr. Ken Parker has been the senior pastor of First Baptist Church in Kearney, Missouri since January of 2006. Prior to coming to Kearney, he served as the founding pastor of Southpointe Family Church (SBC) in Fort Smith, Arkansas, Fianna Hills Baptist Church in Fort Smith, Arkansas, and First Baptist Church of Union, Missouri. Before becoming a senior pastor, he served churches in Illinois and Missouri as an associate pastor with responsibilities in worship ministry and student ministry.

Dr. Parker is a 1983 graduate of Cahokia Senior High School in Cahokia, Illinois, a 1988 graduate of Missouri Baptist University in St. Louis, Missouri (B.A. – Church Music and Vocal Performance), and a three-time graduate of Midwestern Baptist Theological Seminary (Master of Divinity – 1995; Doctor of Ministry – 2002; Master of Arts in Counseling – 2013).

Dr. Parker also serves as Professor of Pastoral Ministry and Counseling as an adjunct professor at Midwestern Baptist Theological Seminary and has taught there since 2008. He previously served 10 years as a trustee at Midwestern, and in his last year served as the board chairman. Dr. Parker served 9 years as a trustee at Missouri Baptist University in St. Louis. He was elected to two terms as the First Vice-President of the Missouri Baptist Convention and two terms as the President of the Missouri Baptist Convention. In 2021, at the invitation of High Street Press, he published “Elephants in the Church: What the Bible Says about Fourteen Contemporary Issues.”

Parker and his wife Lori (married since 1988) are the parents of two sons, Zach (married to Chloe) and Luke, and grandparents to one granddaughter, Ryann Kay, and twin grandsons, Hudson and Jack.

Don and his wife, Jody, have lived in Missouri since 1997.  In 2002, First Baptist called him to serve as associate pastor/education & outreach.  He has served various staff positions in local churches in Kentucky and Indiana, as well as for the State Convention of Baptists in Indiana and Midwestern Baptist Theological Seminary in Kansas City, Missouri. Don also has a diverse background in several non-church-related work fields.

The Hamlins have two children, Kyle married to Tess, and Emily married to Dusty.  They also enjoy grandchildren Isla, Ari, and Callum (by Emily & Dusty), and Remy and Elliston (by Kyle & Tess).  In addition to church ministries, Don enjoys outdoor activities and writing.  He has written three devotional books and is a contributing author for daily online Bible studies.

Don’s favorite Old Testament character is Jesus.  His favorite verse is John 3:30, "He must increase, but I must decrease."

Tyson and his wife Gina have been serving at Kearney First Baptist since 2011.  They  were married in that same year and now have three children. Tyson started in ministry in 2004. Both Gina and Tyson have served with the North American Mission Board in variety of ministerial settings.

The Lord has given Tyson  a passion for family ministry.  Helping parents raise up children in the ways of the Lord and seeing those children know Christ.

Tyson attended Midwestern Baptist Theological Seminary for his Biblical studies degree and Master of Divinity.  Gina is a graduate of Oklahoma Baptist University with a Bachelor of Arts in Biblical Studies as well as a graduate of the University of Missouri - Kansas City with a teaching certificate to teach Spanish.

Romans 5:8 "but God shows his love for us in that while we were still sinners, Christ died for us."

Travis relies on the whole Word of God, but two verses that have helped define his ministry have been Matthew 22:37, “You shall love the Lord your God with all your heart, and with all your soul, and with all your mind,” and 1 Kings 12:7, “If you will be a servant to this people today and serve them, and speak good words to them when you answer them, then they will be your servants forever.”

Teresa was born and raised in Missouri. She is a 1997 graduate of Warrensburg High School. Upon graduation, she continued her studies in Warrensburg at the University of Central Missouri, formerly Central Missouri State University. She earned a Bachelor of Science in Psychology in 2001. She is a 2011 Graduate of Midwestern Baptist Theological Seminary earning a Master of Arts in Christian Education and is pursuing a Master of Arts in Counseling at Midwestern Baptist Theological Seminary.

Teresa began ministry at First Baptist Church, as the Director of Children and Missions Ministries, in March of 2012. Prior to serving at First Baptist, she was a preschool teacher and a tent maker missionary in New York City. She has participated in and lead mission trips in America, Mexico, Peru, France and Haiti.

Teresa has been married to her husband, Isaac, since 2008 and they have three beautiful, wonderful, intelligent children: Phoebe, Levi and Benjamin.

Diane began her position as ministry assistant in October 2008. She counts it a privilege to serve in the church she grew up in and where she surrendered her life to Christ in December 1983.

Diane, and her husband Pat, were married at First Baptist in December 1989 and have served in various ministries of the church since that time.

They have two daughters, MacKenzie and Lexi, and love spending time together as a family, especially at Diane’s parents’ lake home at Beaver Lake in Arkansas.

A favorite verse of Diane’s for many years has been Psalm 28:7 (NIV), “The Lord is my strength and my shield; my heart trusts in him and I am helped.”

Jessica and her husband, Dave grew up in Liberty but moved to Kearney shortly after being married and joining the church in 2012.

Jessica graduated from Liberty Senior High in 2010. She is a 2013 graduate of DeVry University earning her Bachelor of Science in Multi-Media Design and Development.

Shortly after joining the church Jessica and her husband quickly became involved in many areas of church service. Jessica loves all things art, tech, and food which is why she loves serving in various areas of the church to use her spiritual gifts.

Carlene's ancestors were founding members of First Baptist Church. She has been a member since childhood and has served as Financial Secretary since 1999.

Her career is banking with over 42 years' experience, currently serving as Vice President of Operations.

She and husband David have one daughter, Kate. In her spare time Carlene enjoys cooking and sewing projects for First Baptist Church's Lydia's Sew-ers group.

One of her favorite verses: "Let us run with endurance the race that is set before us, looking unto Jesus, the author and finisher of our faith." Hebrews 12:1-2 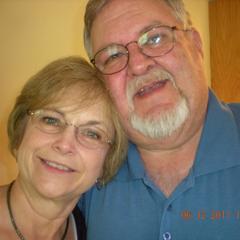 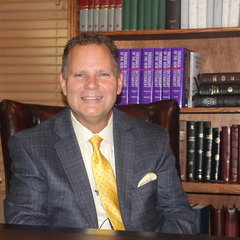